The Sisterhood at Temple Shalom provides opportunities to promote a sense of fellowship, camaraderie and laughter among its membership of all adult ages. Sisterhood fosters community, education, cultural understanding, and advocates for and promotes progressive Jewish values. All are welcome to join us at any event throughout the year. If you have an inkling that you’d like to meet more Temple members, we encourage you to come out for an event or a Sisterhood meeting.

In addition to hosting events throughout the year, the Sisterhood supports temple activities such as providing apples and honey for Rosh Hashanah, giving Hanukkah candles to religious school families, and supplying candlestick holders for B’nai Mitzvah students.

The Sisterhood communicates events through the usual temple channels.

For more information about the Sisterhood, you are welcome to email ten.molahselpmet@doohretsis

Please join us on Zoom at Sisterhood Book Club as we explore a different powerful book each month, as described below. There is no September meeting. Specific dates will be announced. 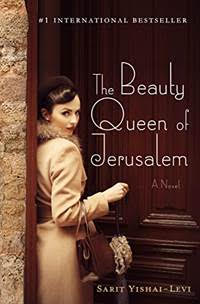 The Beauty Queen of Jerusalem: A Novel

Gabriela's mother Luna is the most beautiful woman in all of Jerusalem, though her famed beauty and charm seem to be reserved for everyone but her daughter. Ever since Gabriela can remember, she and Luna have struggled to connect. But when tragedy strikes, Gabriela senses there's more to her mother than painted nails and lips.

Desperate to understand their relationship, Gabriela pieces together the stories of her family's previous generations—from Great-Grandmother Mercada the renowned healer, to Grandma Rosa who cleaned houses for the English, to Luna who had the nicest legs in Jerusalem. But as she uncovers shocking secrets, forbidden romances, and the family curse that links the women together, Gabriela must face a past and present far more complex than she ever imagined.

Set against the Golden Age of Hollywood, the dark days of World War II, and the swinging '70s, The Beauty Queen of Jerusalem follows generations of unforgettable women as they forge their own paths through times of dramatic change. With great humor and heart, Sarit Yishai-Levi has given us a powerful story of love and forgiveness—and the unexpected and enchanting places we find each. 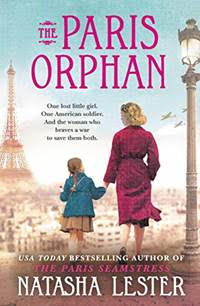 New York City/Paris, 1942: When American model Jessica May arrives in Europe to cover the war as a photojournalist for Vogue, most of the soldiers are determined to make her life as difficult as possible. But three friendships change that. Journalist Martha Gellhorn encourages Jess to bend the rules. Captain Dan Hallworth keeps her safe in dangerous places so she can capture the stories that truly matter. And most important of all, the love of a little orphan named Victorine gives Jess strength to do the impossible. But her success will come at a price...

France, 2005: Decades after World War II, D'Arcy Hallworth arrives at a beautiful chateau to curate a collection of famous wartime photos by a reclusive artist. It's the opportunity of a lifetime, but D'Arcy has no idea that this job will uncover decades of secrets that, once revealed, will change everything she thought she knew about her mother, Victorine, and alter D'Arcy's life forever. 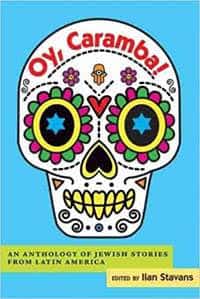 Oy, Caramba!: An Anthology of Jewish Stories from Latin America

Jewish identity and magical realism are the themes of the tales of adventure and cultural alienation collected here by the leading authority on Jewish Latin American literature. First published in 1994 as Tropical Synagogues: Short Stories by Jewish-Latin American Writers, Ilan Stavans's classic anthology is expanded and updated in this new edition.

If you already have a copy of Tropical Synagogues, or can find an inexpensive copy, use that. Only stories contained in both editions will be discussed. 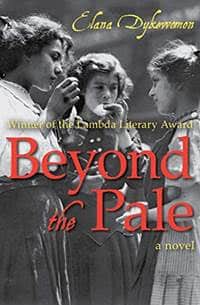 Beyond the Pale: A Novel

Born in a Russian-Jewish settlement, Gutke Gurvich is a midwife who immigrates to New York’s Lower East Side with her partner, a woman passing as a man. Their story crosses with that of Chava Meyer, a girl who was attended by Gutke at her birth and was later orphaned during the Kishinev pogrom of 1903. Chava has come to America with the family of her cousin Rose, and the two girls begin working at fourteen. As they live through the oppression and tragedies of their time, Chava and Rose grow to become lovers—and search for a community they can truly call their own.

Set in Russia and New York during the early twentieth century and touching on the hallmarks of the Progressive Era—the Women’s Trade Union League, the Triangle Shirtwaist Factory Fire of 1911, anarchist and socialist movements, women’s suffrage, anti-Semitism—Elana Dykewomon’s Beyond the Pale is a richly detailed and moving story, offering a glimpse into a world that is often overlooked. 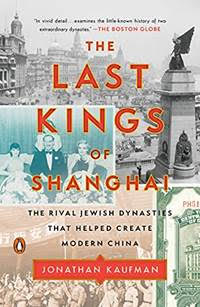 Shanghai, 1936. The Cathay Hotel, located on the city's famous waterfront, is one of the most glamorous in the world. Built by Victor Sassoon--billionaire playboy and scion of the Sassoon dynasty--the hotel hosts a who's who of global celebrities: Noel Coward has written a draft of Private Lives in his suite and Charlie Chaplin has entertained his wife-to-be. And a few miles away, Mao and the nascent Communist Party have been plotting revolution.

By the 1930s, the Sassoons had been doing business in China for a century, rivaled in wealth and influence by only one other dynasty--the Kadoories. These two Jewish families, both originally from Baghdad, stood astride Chinese business and politics for more than 175 years, profiting from the Opium Wars; surviving Japanese occupation; courting Chiang Kai-shek; and losing nearly everything as the Communists swept into power. In The Last Kings of Shanghai, Jonathan Kaufman tells the remarkable history of how these families participated in an economic boom that opened China to the world, but remained blind to the country's deep inequality and to the political turmoil at their doorsteps. In a story stretching from Baghdad to Hong Kong to Shanghai to London, Kaufman enters the lives and minds of these ambitious men and women to forge a tale of opium smuggling, family rivalry, political intrigue, and survival.

The book lays bare the moral compromises of the Kadoories and the Sassoons--and their exceptional foresight, success, and generosity. At the height of World War II, they joined together to rescue and protect eighteen thousand Jewish refugees fleeing Nazism. Though their stay in China started out as a business opportunity, the country became a home they were reluctant to leave, even on the eve of revolution. The lavish buildings they built and the booming businesses they nurtured continue to define Shanghai and Hong Kong to this day. As the United States confronts China's rise, and China grapples with the pressures of breakneck modernization and global power, the long-hidden odysseys of the Sassoons and the Kadoories hold a key to understanding the present moment. 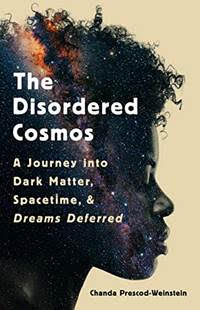 The Disordered Cosmos: A Journey into Dark Matter, Spacetime, and Dreams Deferred

From a star theoretical physicist, a journey into the world of particle physics and the cosmos -- and a call for a more just practice of science. In The Disordered Cosmos, Dr. Chanda Prescod-Weinstein shares her love for physics, from the Standard Model of Particle Physics and what lies beyond it, to the physics of melanin in skin, to the latest theories of dark matter -- all with a new spin informed by history, politics, and the wisdom of Star Trek. One of the leading physicists of her generation, Dr. Chanda Prescod-Weinstein is also one of fewer than one hundred Black American women to earn a PhD from a department of physics. Her vision of the cosmos is vibrant, buoyantly non-traditional, and grounded in Black feminist traditions. Prescod-Weinstein urges us to recognize how science, like most fields, is rife with racism, sexism, and other dehumanizing systems. She lays out a bold new approach to science and society that begins with the belief that we all have a fundamental right to know and love the night sky. The Disordered Cosmos dreams into existence a world that allows everyone to experience and understand the wonders of the universe.